Federal Court Strikes Down How Judges are Elected in Marion County; Is Judicial Slating the Next to Fall?

Federal District Court Judge Richard Young yesterday handed down an opinion striking down Marion County's process for electing judges as a violation of the First Amendment.

The decision is likely to be appealed to the Seventh Circuit. I think, however, it is unlikely to be overturned.  If it is not overturned that means the Indiana General Assembly will need to revisit the issue of how the judges are selected in Marion County.  The legislature can go to an election process in which all judges are elected county-wide which would likely result in all Marion County judges being Democrats.  That's not likely to happen though with a Republican legislature and a Republican governor. Or the General Assembly can opt to elect judges by districts or install a so-called merit system which has been done in some counties.  Unfortunately, merit systems does not eliminate the inevitable politics involved in judicial selection.  It often just puts those politics behind closed doors.

Besides the issue of electing Marion County judges in the general election, you have the related issue of judicial slating in Marion County, which involves the payment of hefty fees to party bosses in order to receive the party organization's endorsement.   In January of 2013, I reviewed campaign reports and summarized those payments as follows:

In 1992, the JQC had opined that the practice of paying mandatory slating fees was a violation of the Judicial Code of Conduct.  Twenty years later I asked the JQC to revisit in light of the fact that the payment of these fees as evidenced by twenty years of history showed they were mandatory and thus a violation of the Judicial Code of Conduct.  The JCQ in a letter dated April 2012, confirmed its earlier opinion and then reiterated a set of factors it would look at to determine if the fees paid were mandatory:


While not an exhaustive list, some of the factors the Commission believes are important to evaluate when considering whether a payment is voluntary include the timing of the payment, particularly if it must be paid by a certain time, such as before a slating convention, whether anyone from the political party communicated to the judicial candidate that the payment is expected, and whether the amount contributed by all judicial candidates during an election cycle is the same (assuming o further explanation for the coincidence.

In a piece I wrote in May of 2012, I outlined how those factors compared to what happened during the judicial slating that took place that year:
I understand from very good sources that a complaint against the Marion County slating process remains pending before the JQC and was put on hold pending the outcome of yesterday's case.  Hopefully the JCQ will now find the slating fees that have been paid to be a violation of the Judicial Code and have that decision ratified by the Indiana Supreme Court.  I think that is quite likely coming down the road.


The Indianapolis Bar Association (“IndyBar”) is reviewing Judge Young’s decision holding unconstitutional Marion County’s current system for selecting judges. For more than twenty years, the IndyBar has taken an active interest in the best methods of selecting judges in Marion County. Through its Attorneys for an Independent Bench (AIB) Committee, the IndyBar intends to offer its assistance in crafting a remedy to address the Judge’s decision. Marion County has been well served by its excellent judges over the years, and inclusive engagement of all interested parties in creating a new judicial selection method will ensure that continues.

You have to remember the Indianapolis Bar Association has been silent on any sort of meaningful reform of the selection process for Marion County Judges, has refused to condemn slating, including the payment of slating fees in violation of ethical rules, and has actively provided cover for candidates handpicked by party bosses through the use of an easily manipulated survey process.  And now the Indianapolis Bar Association wants to be a player in reforming the system?

Note: Special thanks to Indiana Law Blog for providing the link to the Indianapolis Bar Association statement and Judge Young's opinion.
Posted by Paul K. Ogden at 8:42 AM No comments:

Goodbye to the Practice of Law; Indiana Disciplinary Commission Incurred More Expenses Prosecuting Ogden Than Any Other Attorney

When I protested earlier to the Indiana Supreme Court that the Disciplinary Commission deliberately ran up an expense bill on me to force me out of practicing law, I don't think the justices believed me.  So I decided to undergo the painstaking process of going through the docket of each disciplinary case over the last two years to determine how much in expenses each disciplined attorney 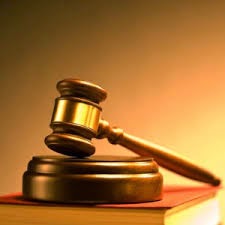 was ordered to pay.  An order often detailed in a docket entry contains the breakdown of the following types expenses attorneys in disciplinary cases are generally ordered to pay:

For the attorneys with the most expenses, I documented the discipline the attorney ended up receiving. There were a few occasions when the dollar amount on expenses was not spelled out or there did not appear to be any mention of expenses in the docket.  It should also be noted that the designation WAR means suspended "with automatic readmission" and WOAR means "without automatic readmission," i.e. attorneys have to reapply for readmission and get approval.  For many attorneys a WOAR designation means they will neer practice law again.

Upon completion of my survey, it turns out my instincts were right.  The Commission ran up more expenses prosecuting me for an email than any other attorney.


I suspect that the Court thought I was the one who unnecessarily ran up the expense bill.  In reality it was the Commission that did that, no doubt as part of a deliberate strategy.  Evidence?   The Commission wouldn't even respond to my settlement offer (which was nearly the same as the 30 day suspension I ended up receiving) and refused to stipulate to facts even though probably 98% of facts could have been stipulated to.  Instead of a stipulation, the Commission insisted on presenting evidence at an 11 1/2 hour hearing.  The courtroom was filled with DC staffers who apparently were there to assist or watch the spectacle of the Commission's leading critic be put on trial.   Of course, the Commission undoubtedly knew I would be stuck with the bill for the court reporter and the hearing officer.    The Commission undoubtedly also knew I would have to pay for the considerable amount of time the hearing officer  spent preparing the 85 page report, which had very few citations to the record and which contained reasoning that appeared to be completely rejected by the Court.

In response, the Commission's attorney, as he had done in the complaint falsely representing to the Court that I had engaged in an ex parte communication in a second charge tossed out by the Court, simply started making stuff up in court filings.  I counted at least three outright fabrications.  The DC attorney claimed that the Commission had been in contact with me following my response to the grievances.  It was a lie.  It never happened.  Second, the DC attorney reported to the Court that the Commission had asked for a settlement meeting with me and that that meeting lasted three hours.  Again, the DC's attorney lied.  It never happened.   Third, the Commission's attorney in the Response reported to the Court that I refused to admit to a rule violation as part of settlement.  Again, another lie.  In the written settlement offer I made, which the Commission didn't respond to, I expressly agreed to admit to a violation.

The Commission's attorney never offered any proof whatsoever in support of these three claims and apparently didn't want to make his false statements the form of an affidavit.  Nonetheless, there is still a disciplinary rule that requires that attorneys show candor to the Court.  I don't believe Disciplinary Commission attorneys practicing before the Indiana Supreme Court should be exempted from following that rule.  Attorneys being disciplined and attorneys prosecuting discipline, should be held to the same ethical standards.

Nonetheless, the Indiana Supreme Court refused to reconsider the expense bill (and didn't require an itemization) leaving me with no choice but to walk away from practicing law.  On Wednesday I filed paperwork to put my license in "inactive" status.

So I, an attorney who had never been disciplined in my over 26 years of practicing law, lost my right to practice law in the State of Indiana because I sent a private email criticizing a judge in which I accidentally got a couple minor facts wrong.  (Never mind NY Times v. Sullivan which says my speech was protected by the First Amendment.)  My hope is that my case FINALLY causes the Indiana Supreme Court to take some responsibility for the too often outrageous conduct of the Disciplinary Commission, which is an arm of the Court, and adopt long needed reforms in how the Commission operates, including more transparency and accountability.  Indiana attorneys and the public deserve better.
Posted by Paul K. Ogden at 11:12 AM 1 comment: