How Many Indiana Attorneys Knew About Misconduct by Schererville Judge And Remained Silent for Fear of Being Disciplined for Reporting?

Last week, the Indiana Supreme Court handed down a decision involving former Schererville judge Deborah A. Riga Gardner.   The Court sets forth the facts of what is strikingly similar, though on a much smaller scale, to the Pennsylvania "Kids for Cash" scandal: 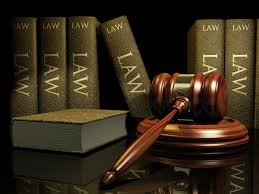 In October 2001, Respondent created her own business called Diversified Educational Services ("DES") which offered the defensive driving courses. Respondent's father contracted with W.S.1 to open a checking account in the name of DES, which Respondent and her father controlled. Respondent directed that the fees collected from defendants that she ordered to attend the driving school be deposited into the DES account. Between November 2001 and December 2003, people attending DES driving school paid fees totaling $29,600. W.S. was shown as the sole owner of the account to conceal Respondent's financial interest in DES. Respondent paid W.S. $3,800 from the DES account for his cooperation. Respondent did not disclose her financial interest in DES to the Town or to defendants charged with traffic offenses in her court.

In December 2001, Respondent stopped paying rent to the Town for DES's use of the courtroom for the driving classes. Between December 2001 and December 2003, DES conducted sixteen driving school classes for which no rent was paid to the Town.

Counseling Program. In general, young adults who were charged in the Schererville Town Court for the first time with minor alcohol or marijuana offenses were ordered by Respondent to participate in a counseling session called "Crossroads." When the defendants completed the counseling and supervision requirements, the case would be dismissed.

From March 2001 through November 2001, the Crossroads counseling sessions were conducted by Addiction and Family Care, Inc. ("AFC"). The people attending the Crossroads sessions were required to pay $80 to AFC. The sessions were offered about once a month on a Saturday in the Schererville Town Court. Respondent required AFC to pay $150 rent per session to the Town for use of the courtroom. The profits from the program went to AFC owner N.F.

Criminal Conviction. Respondent was charged on August 5, 2004, with several federal crimes based on actions while she served as a town judge. On June 12, 2006, the court accepted Respondent's guilty plea to four counts of "Mail Fraud for the Purpose of Executing a Scheme and Artifice to Defraud, Aiding and Abetting," in violation of 18 U.S.C. §§ 1341 and 1346. The district court delayed the sentencing to allow her to cooperate with the government and testify against another defendant on public corruption charges. On July 10, 2008, the district court sentenced her to concurrent 15-month sentences on each of the four counts, ordered her to pay restitution of $5,770.39 to the Town, and $6,350 to the State of Indiana-Lake County, and dismissed the remaining charges.

I would bet anything that attorneys who practice in Schererville knew all about what was happening in the judge's courtroom for almost four years.  Attorneys, because of their position within the legal system, are the primary and often the only individuals in a position to blow the whistle on judicial misconduct.

According to my research, Indiana is the most aggressive state in the country when it comes to sanctioning attorneys under Rule 8.2 for criticizing or accusing judges of misconduct.  Indiana led the way in concluding that attorneys do not have First Amendment rights to criticize judges because the state's interest overrides constitutional protection.  In laying the groundwork for this theory, the Indiana Supreme Court in the case Matter of Terry, 394 N.E.2d 94, 95-96 (1979) stated:


Professional misconduct, although it may directly affect an individual, is not punished for the benefit of the affected person; the wrong is against society as a whole, the preservation of a fair, impartial judicial system, and the system of justice as it has evolved for generations.

In the present case, the Respondent is charged with making false accusations against a Judge. This prohibition touches the very core of the judicial process. Unwarranted public suggestion by an attorney that a judicial officer is motivated by criminal purposes and considerations does nothing but weaken and erode the public's confidence in an impartial adjudicatory process.

With the groundwork laid in Terry, Indiana has been the most aggressive state in the country when it comes to enforcing Rule 8.2, the rule that purports to limit judicial criticism by attorneys.  But the problem is there is no evidentiary support behind the Terry conclusion - namely that the public is benefited by sharp, and undoubtedly unconstitutional, restrictions on attorneys' criticism of judges through the aggressive enforcement of disciplinary rules.  In Bridges v. California, 314 U.S. 252-270-271 (1941), the United States Supreme Court decades earlier rejected the Terry theory that the public is served by protecting judges from criticism:


For these reasons we are convinced that the judgments below result in a curtailment of expression that cannot be dismissed as insignificant. If they can be justified at all, it must be in terms of some serious substantive evil which they are designed to avert. The substantive evil here sought to be averted has been variously described below. It appears to be double: disrespect for the judiciary; and disorderly and unfair administration of justice. The assumption that respect for the judiciary can be won by shielding judges from published criticism wrongly appraises the character of American public opinion. For it is a prized American privilege to speak one's mind, although not always with perfect good taste, on all public institutions. And an enforced silence, however limited, solely in the name of preserving the dignity of the bench, would probably engender resentment, suspicion, and contempt much more than it would enhance respect.

Although Bridges dealt with the media publishing judicial criticism of a pending case, the notion that limiting attorney speech because attorneys are more likely to be believed by the public on matters relating to the judicial branch was considered and rejected by Justice Kennedy in Gentile v. State Bar of Nevada, 501 US 1030, 1056-1057 (U.S. 1991)


To the extent the press and public rely upon attorneys for information because attorneys are well informed, this may prove the value to the public of speech by members of the bar. If the dangers of their speech arise from its persuasiveness, from their ability to explain judicial proceedings, or from the likelihood the speech will be believed, these are not the sort of dangers that can validate restrictions. The First Amendment does not permit suppression of speech because of its power to command assent

The premise that sharp limitations on attorney criticism of judges protects the public is an assumption used to support Rule 8.2 discipline.  However, I have never seen a court anywhere try to actually point to any evidence, direct or circumstantial, that in any way proves the public is served by limiting attorney criticism of judges beyond the limits that apply to any other public official.

To the converse, it is clear that the public is indeed harmed when attorneys are fearful of speaking out against judicial criticism.  Following the Pennsylvania "Kids for Cash" scandal an investigating committee  found that numerous attorneys in Luzerne County knew that two judges there were sentencing juveniles to two private correctional facilities and getting kickbacks.  Yet they remained silent.  As I reported on these pages, the reason is undoubtedly that just a few years earlier, the Pennsylvania Supreme Court suspended two attorneys for five years and disbarred another attorney all for accusing Pennsylvania county judges of misconduct.

How many Indiana attorneys knew about problems in the Schererville court and remained silent?  How many attorneys knew about problems in the Marion County Superior Court run by Judge Kim Brown and remained silent?   The public was harmed by problems that lasted for years longer than they otherwise would have if attorneys would not have been fearful of speaking out. Indiana's chilling of attorney free speech has real consequences that harm the public.
Posted by Paul K. Ogden at 8:07 AM