Over the weekend, I heard from a person who wanted to file a Trial Rule 53.1 lazy judge notice. (While it's often called a "motion" that is a misnomer.  The judge has no right to rule on it.)  Rule 53.1 says that if 30 days has passed since the filing of a motion or a hearing, and the judge has not ruled, a party can file to have the case removed from the judge.  The county clerk's only role is determining if 30 days has passed. Then it gets certified to the State Court Administrator.  Upon receipt of the certification, the Supreme Court orders the judge withdrawn from the case and appoints a special judge to take over.  Judges hate lazy judge notices because it acts almost as a disciplinary action, requiring them to explain to the Supreme Court why they screwed up. 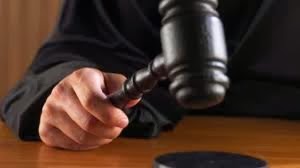 I checked the docket on Saturday.  Indeed about 90 days had passed since the hearing on a child support/visitation modification petition.   The judge had not ruled.  I, however, declined the representation in part because of my previous experience filing a lazy judge motion against Judge David Coleman and later having Judge Coleman suggest to the Commission I violated a disciplinary rule because of my criticism of his handling of the estate case in private emails.

I strongly suspect that that particular judge backdated the order  and had that motion (which was faxed to the court) entered on the docket after his order was entered.  In fact, this is not the first time I have heard this particular judge had backdated orders when faced with a lazy judge notice.

I would assume that backdating an order to avoid a Rule 53.1 rule violation is a very serious ethical offense.  But here's the thing.  Any attorney who attempts to report that judge for backdating the order, faces a Rule 8.2 charge for impugning the integrity of the judge.  At that point, the Commission will demand that the charged attorney produce direct, smoking gun evidence of the backdating.  If the attorney was not in the room when the judge backdated the order, there is no way the attorney can produce that evidence.  As I learned in my disciplinary proceeding, circumstantial evidence doesn't count for anything.  Only direct evidence counts.

How many judges around the state are backdating orders when they are accused of lazy judge violations?   How many attorneys have declined to accuse judges of backdating orders or a Rule 53.1 violation for fear of facing a Rule 8.2 disciplinary charge filed by the Indiana Disciplinary Commission.  My research shows that Indiana is the number one state in the country when it comes to disciplining attorneys for Rule 8.2 charges involving judicial criticism.  How is the public served by the chilling effect on attorneys' speech accusing judges of wrongdoing?  Yet that - protecting the public - is always the reason cited for aggressively targeting attorneys for speech critical of judges.  Indeed the public is not being protected when attorney speech is chilled.
Posted by Paul K. Ogden at 7:59 AM