The Indiana University School of Law at Indianapolis(sorry but I refuse to call my alma mater  the "Robert McKinney School of Law") is hosting a national professional responsibility moot court competition in March.


The Indiana University Robert H. McKinney School of Law Moot Court Board is pleased to announce that the 3rd Annual National Professional Responsibility Moot Court Competition will be held on March 14-15, 2014, in Indianapolis, Indiana.

This two-day competition is open to all ABA-accredited law schools throughout the United States and will focus on a question of professional responsibility. 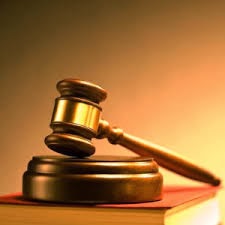 Oral arguments will begin on Friday, March 14 and conclude on Saturday, March 15.  Rounds of the competition will mainly take place at Inlow Hall, 530 W. New York St., Indianapolis, IN, 46202, and at other appropriate venues in Indianapolis.

The problem set for this year includes tackling the ethical issues related to Rule 8.2, the disciplinary rule used most often to sanction attorneys for criticizing judges.  The issues involve whether Rule 8.2 applies to private speech, whether to use the objective or subjective (actual malice per NY Times v. Sullivan) standard, and the application of the First Amendment to the speech.

A decision by the fictitious "Illiani Board of Professional Responsibility Hearing Panel" sets the stage for the Illiani Supreme Court oral arguments.  Here is the portion dealing with the issues relating to Rule 8.2:

In the e-mail to [Client] Shirley, [Attorney] Riker stated that Judge Picard was “very conservative” in employment cases, biased in the way that he views evidence and is “an old codger who hates greedy plaintiffs.” At first glance it seems that these statements are innocuous observations by a lawyer to his client. When viewed in context, however, the statements are anything but innocuous. Riker, in giving advice to his client, made statements implying that Picard was in some way influenced by his political ideology, partial in the way he weighs evidence, and biased  against plaintiffs. These are exactly the types of statements that the State has a strong interest in preventing from being made as they imply that a judge is in some way prejudiced, which ultimately affects the administration of justice.   As an officer of the court, Riker had a duty to uphold its reputation and not imply that its judicial officers are prejudiced against those who come before it seeking relief. We find that in  light of Riker’s professional duties, a reasonable attorney in his shoes would not have made such a critical statement about a judicial officer

Riker argues that because his statements were made in a private setting and not a public forum, he should not be subject to discipline for his statement about Judge Picard. Riker relies on Matter of Isaac, a decision in which the court found that the attorney was not subject to discipline because his criticisms were made outside of the court. 76 A.D.3d 48, 51 (N.Y. 2010).  We find this reasoning unpersuasive. Even though it is clear that an attorney’s speech can be severely limited in an actual courtroom, even outside the courtroom, an attorney’s speech is subject to restrictions that a normal citizen’s speech would not be.   In Re Sawyer, 360 U.S. 622 (1959). As the Court noted, sometimes ethical duties require certain abstentions even when not acting in a professional capacity.  Id. at 646. Given a lawyer’s important role in the administration of justice, we find this reasoning more persuasive.

Finally, Riker argues that his speech is protected by the First Amendment to the Constitution. Riker is correct when he argues that the Constitution does guarantee protections of certain types of speech. We disagree, however, that his statements about Judge Picard are protected under the First Amendment.  In determining which test to apply to determine whether his speech is protected by the First Amendment, we look to other jurisdictions. Some jurisdictions think that no standard test exists and have simply decided to weigh the competing interests at stake.In re Wilkins, 777 N.E.2d 714, 717 (2002) (“it is our belief that a generalized test cannot be drawn. Each prohibition, circumscribed by the factual setting present in a particular case, must be examined in light of the affected State interest and measured against the limitation placed on the freedom of expression.”).   Other jurisdictions have analyzed whether the statement was mostly fact vs. opinion and whether the substance of the statement contained “objectively verifiable matters.” Berry v. Schmitt, 688 F.3d 290, 303 (6th  Cir. 2012).

We agree with the approach that the Wilkins court used. The State must balance its interests in preserving the integrity of the judicial system with an individual’s right to freedom of speech. We find that in this instance the State has a strong interest in preserving an impartial judiciary. As members of the bar, attorneys are held to a higher standard of propriety which requires them speak in a way that promotes justice. Sawyer, 360 U.S. at 646. At times this requires that an attorney refrain from speaking, even if in other instances the speech may be protected by the First Amendment. Id. at 646-47. In addition, if Riker had a valid concern about Judge Picard’s actions on the bench, he should have filed a complaint with the Judicial Conduct Disciplinary Commission, the appropriate place to raise such concerns, instead of expressing his concerns to his client.

We find that the state’s interest in accomplishing justice outweighs any interest Riker has in protecting his free speech. After a thorough review of the facts and Riker’s arguments, we find that Riker violated Rule 8.2 and is hereby suspended from the practice of law for ninety days.

Well, those facts certainly look familiar.  They even hit on the issue that too often gets overlooked in my case whether private speech criticizing a judge is even covered by Rule 8.2.  The commentary that follows Rule 8.2 indicates it is about protecting the "public's confidence in the administration of justice."

The students will also be wrestling with the issue of an attorney contacting, indirectly, a represented client in violation of Disciplinary Rule 4.2.
Posted by Paul K. Ogden at 3:56 PM